The Best Self-Help is Free 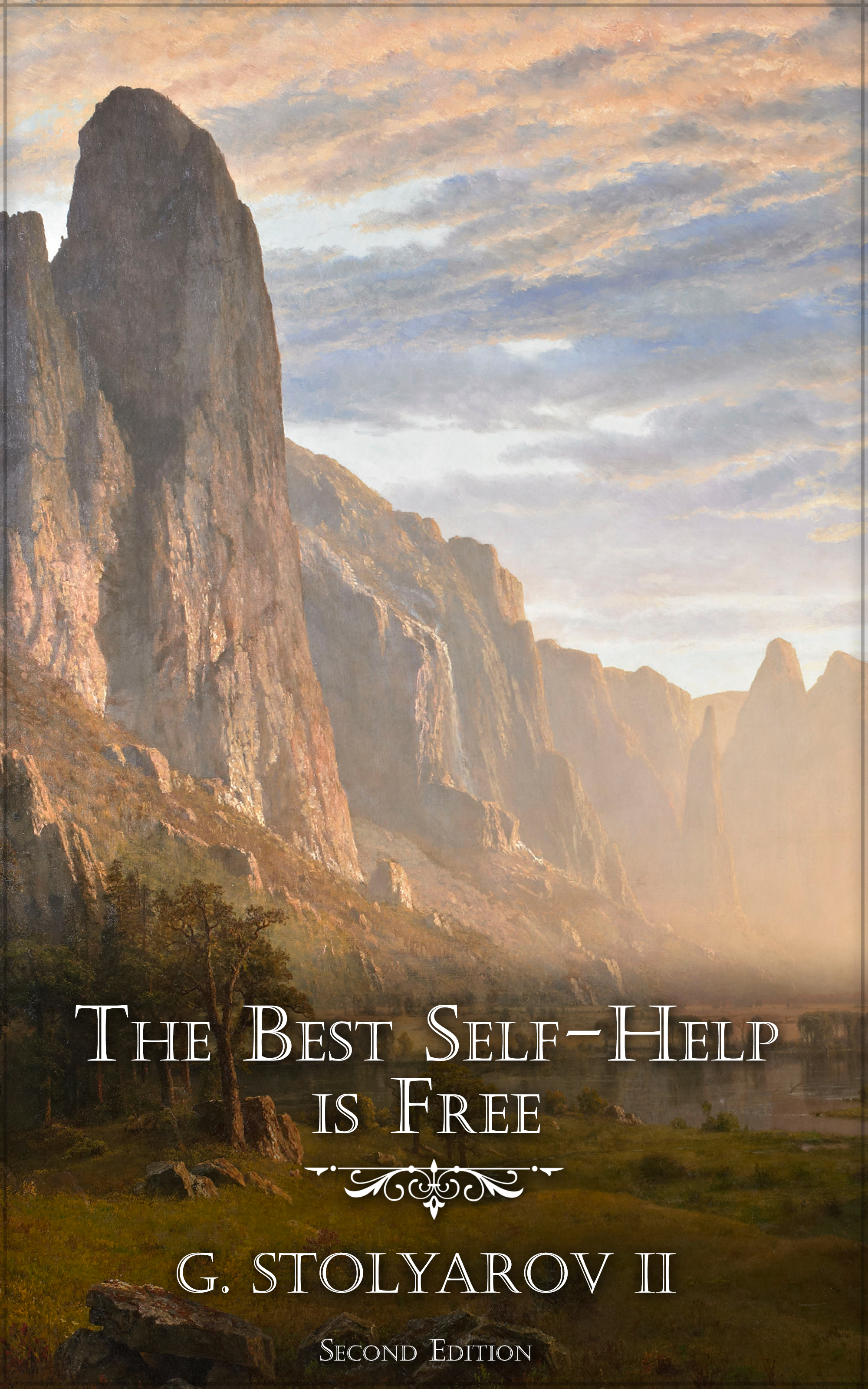 The Best Self-Help is Free is not your conventional self-help book. Instead of leaving you poorer for purchasing it, this book can only benefit you at no monetary cost to you and with no strings attached.  G. Stolyarov II – author, actuary, philosopher, and rational individualist – presents common-sense, reason-based approaches to improving quality of life, enhancing productivity, and clearly perceiving fundamental realities in the face of widespread obfuscations, fallacies, and illusions. Unlike many self-help books, this one will not attempt to diminish you, break you down, or build you back up in the author’s image. Rather, it is written as a set of respectful deliberations on self-improvement from one fundamentally decent, intelligent person to another, based on the author’s own experiences and discoveries of approaches that truly work to achieve results.

The Second Edition of The Best Self-Help is Free is available in PDF, MOBI, and EPUB formats.

The Rational Argumentator welcomes your reviews of The Best Self-Help is Free. You can submit them to TRA by sending them to gennadystolyarovii@yahoo.com. You are also encouraged to spread the word by reprinting the information on this page or your own comments concerning the book on other media outlets.

G. Stolyarov II is an actuary, science-fiction novelist, independent philosophical essayist, poet, amateur mathematician, composer, contributor to Transhumanity, Enter Stage Right, Le Quebecois Libre, Rebirth of Reason, and the Ludwig von Mises Institute, Senior Writer for The Liberal Institute, and Editor-in-Chief of The Rational Argumentator, a magazine championing the principles of reason, rights, and progress. Mr. Stolyarov also publishes his articles on the Yahoo! Contributor Network to assist the spread of rational ideas. He holds the highest Clout Level (10) possible on the Yahoo! Contributor Network and is one of its Page View Millionaires, with over 2.7 million views.

Mr. Stolyarov has written a science fiction novel, Eden against the Colossus, a non-fiction treatise, A Rational Cosmology, and a play, Implied Consent. You can watch his YouTube Videos. Mr. Stolyarov can be contacted at gennadystolyarovii@yahoo.com.


This TRA feature has been edited in accordance with TRA's Statement of Policy.
Learn about Mr. Stolyarov's novel, Eden against the Colossus, here.