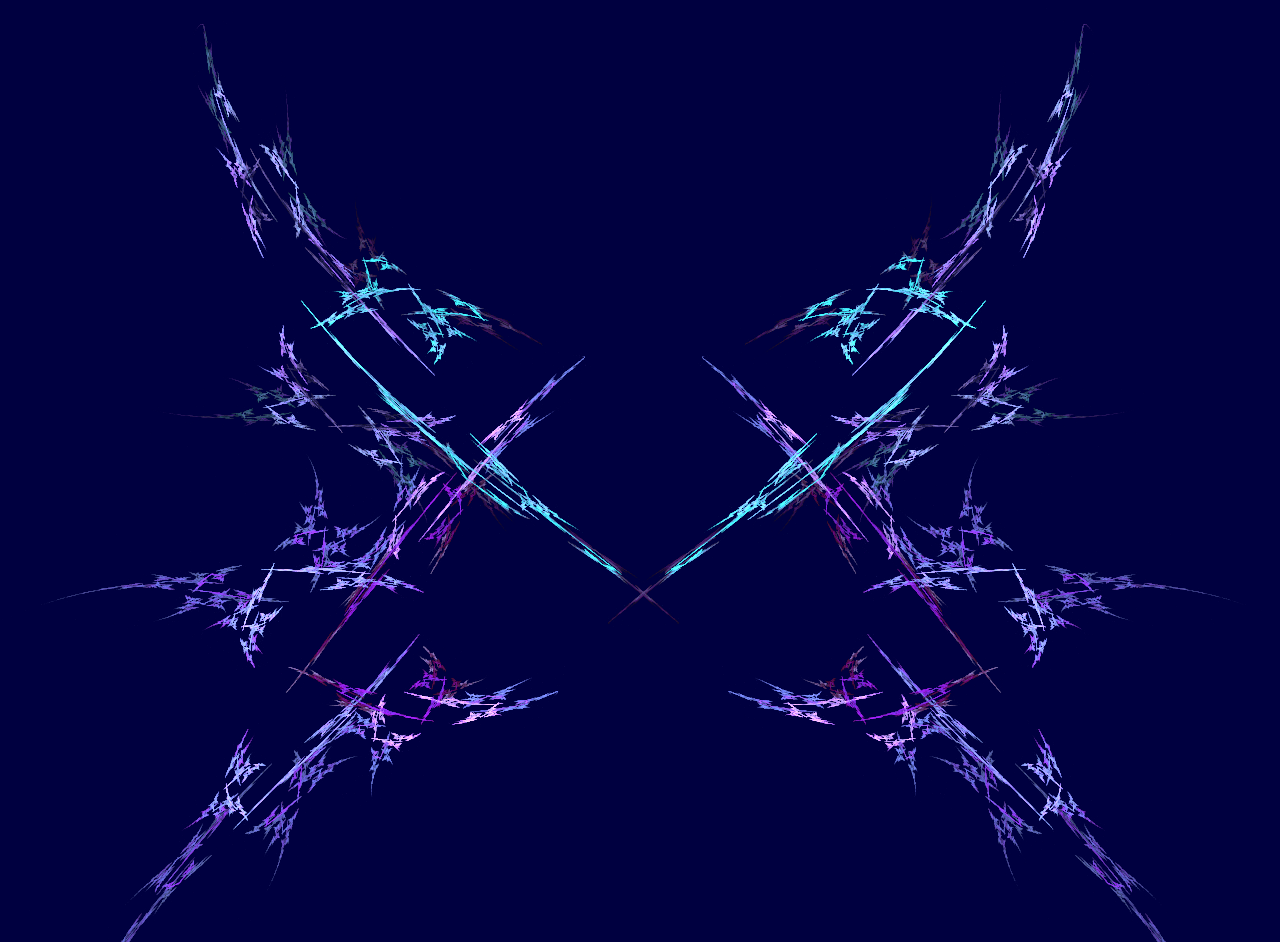 The sharp, jagged shapes constituting this fractal resemble extremely intricate shurikens. The orientation of the individual components of this fractal contributes to an impression of spatial depth and three-dimensionality.

G. Stolyarov II is an actuary, science fiction novelist, independent philosophical essayist, poet, amateur mathematician, composer, contributor to Enter Stage Right, Le Quebecois Libre, Rebirth of Reason, and the Ludwig von Mises Institute, Senior Writer for The Liberal Institute, former weekly columnist for GrasstopsUSA.com, and Editor-in-Chief of The Rational Argumentator, a magazine championing the principles of reason, rights, and progress. Mr. Stolyarov’s new blog, The Progress of Liberty, offers a combination of commentary, multimedia presentations, educational materials, and suggestions for effective activism in favor of individual freedom. Mr. Stolyarov also publishes his articles on Helium.com and Associated Content to assist the spread of rational ideas. He holds the highest Clout Level (10) possible on Associated Content and is one of Associated Content's Page View Millionaires. Mr. Stolyarov has also written a science fiction novel, Eden against the Colossus, a non-fiction treatise, A Rational Cosmology, and a play, Implied Consent. You can watch his YouTube Videos. Mr. Stolyarov can be contacted at gennadystolyarovii@yahoo.com.